The royal textile has become an everyday, but never common, fabric.

Velvet: soft, smooth, and silky. The fabric of kings. Historically, yes, but today velvet brings its luxurious touch to a casual lifestyle. Nowhere is that more prominently rendered than in the contemporary velvet sofa, which has evolved from a stuffy, proper Victorian-era relic to a modern and unfettered style to anchor your living room. But why stop there? Velvet throw pillows and curtains also can add a regal feeling to almost anything. (Though we generally like to avoid velvet paintings, but never say never.) Not only does this fabric bring a depth of richness with its sheen, it carries a long and storied past.

Depending on who you ask, velvet has been found as far back as 400 B.C., during China’s Warring States period. The textile with the dense short pile, which gives it a gleaming sheen, can trace its provenance to the Qin (circa 221-206 B.C.E.) and the Western Han (206 B.C.E.- 23 C.E.) dynasties in China. Others claim its discovery in Iran and Egypt, where pile weaves woven from silk and linen resembling velvet were thought to come from Cairo in approximately 2000 B.C.E. The technique of weaving the fabric by hand was long and arduous, so it was reserved for royalty.

The Silk Road opened the West to many of the treasures of the East. Velvet was no exception. Italy was the first of the European nations to establish its velvet industry, and wealth soon spread to the many municipalities who joined the trade. Its most famous consumer was the Medici family, who had its coat of arms woven as a silk textile by a Florentine supplier.

From the 12th to the 18th century, Italy was the dominant supplier of velvet to Europe. Cities such as Florence, Genoa, and Venice reigned as producers, and competition for technique and design was so intense that weavers were forbidden to leave their town of origin lest they take their trade secrets with them.

Wealthy merchant families were also eager to establish their heritage on the lavish material, as were churches, also known for their riches at the time. During the Renaissance from 1400 to 1600 (velvet’s golden age), Spain also began to produce velvet. It became a status symbol in one’s home, with furniture, upholstery, curtains, and wallpaper created from it.

The storied Venice velvet maker Bevilacqua, which traces its family’s weavers back to 1499, created the Stemma Medici pattern, which references the series of balls found on the Italian ruling family’s crest in the form of flower pistils. Another famous motif was the pomegranate, as it pertains to religious symbolism.

The industrial age brought innovation that sped up the production of materials and introduced cheaper raw goods, making velvet attainable to a wider range of consumers. However, this development didn’t diminish its perceived value, as the fabric maintained its regal reputation.

By the 1800s, signs of refinement and culture were witnessed in the salons of well-heeled families’ homes, especially on their velvet canapés. Fascinating examples of those velvet creations from the industrial age were on exhibit at the Chicago Art Institute from late 2016 to 2017. Mid-19th-century artists such as Pennsylvania’s Gertrude Rapp of Pennsylvania achieved the original look and feel of velvet by re-creating ancient techniques on new, opulent fabrics for use in the home. The early-20th-century velvet designer Maria Monaci Gallenga re-created the opulent silk-velvet look in a more durable fiber: She used cotton and printed in metallic inks instead of silk and gold threads to achieve historically influenced fabrics.

With its Edwardian- and Victorian-era mood, a velvet sofa was considered a sort of stiff settee: meant for a dimly lit, heavily paneled, and dark salon. But as the 1960s and ’70s ushered in an era where velvet was used in everyday clothing, velvet on a sofa or couch also picked up in popularity, proving the lush fabric made for a comfy daily seating option, too.

The same holds true today. Style hasn’t been sacrificed in the name of comfortable seating. With several finishes to choose from — shiny versus matte, crushed versus smooth — velvet is a star choice not only for living room sofas but also accent pillows and drapes. One can transform a vintage mid-century style into a truly unique piece of furniture through upholstery, as seen in this 1950s Italian mid-century sofa by Isa Bergamo recovered in gray and teal velvet. The Oscar Contemporary pedestal-style couch in pink is available on 1stDibs and offered in several colors.

Art Deco styles also lend themselves to a velvet treatment suitable for daily use. The Dorado series by Giannella Ventura creates an elegant silhouette based on the cylinder and the rectangle shown here in deep mocha, available on Artemest. Another style on offer also recalls the Art Deco period with a left-sided chaise longue with sensuous curves and a quilted back nestled atop a bronze base and complemented with a horn detail on the armrest and back edge.

If comfort and stateliness are your vibes, One Kings Lane’s Portsmouth sofa is fit for the captain of the house and the crew. In rich navy with cream piping and a fringed-trim base, this piece melds the best of both worlds: elegant and relaxed. If the opposite is your idea of luxury, the Ether sofa by Jonathan Adler on Houzz may be calling you. Inspired by the heavens above, this lozenge-esque silhouette beckons despite its rather fierce-looking brass stiletto legs that raise its profile and add polish. Formal in appearance yet loungy, the Ether couch transports you to a heavenly place. Velvet textiles can transform any family heirloom sofa or vintage-hunt find into a truly spectacular piece. Velvet fabric house Dedar Milano, founded in 1976 and located in Lake Como, Italy, is a family-run business known for combining contemporary flair with the latest textile technologies. From standard to devoré and bold patterns, the firm carries an ample array of styles to fit any mood or decor. Jerry Pair, one of the premier American dealers of home textiles since its establishment in Atlanta in the 1960s, carries the luxurious Dedar asb wekk as other manufacturers.

If you love velvet but aren’t quite decided on how big a commitment you want to make — i.e., a sofa — there are plenty of throw-pillow options to liven up your current couch. Nest Casa has options from Missoni Home, Tom Dixon, and Saved NY, whose devore velvets are made in the style of traditional Mongolian deel costume fabrics. Artemest offers a pop of garnet red from LO decor that’s like adding a lipstick-red kiss to your couch for a smooth and soft finishing touch. 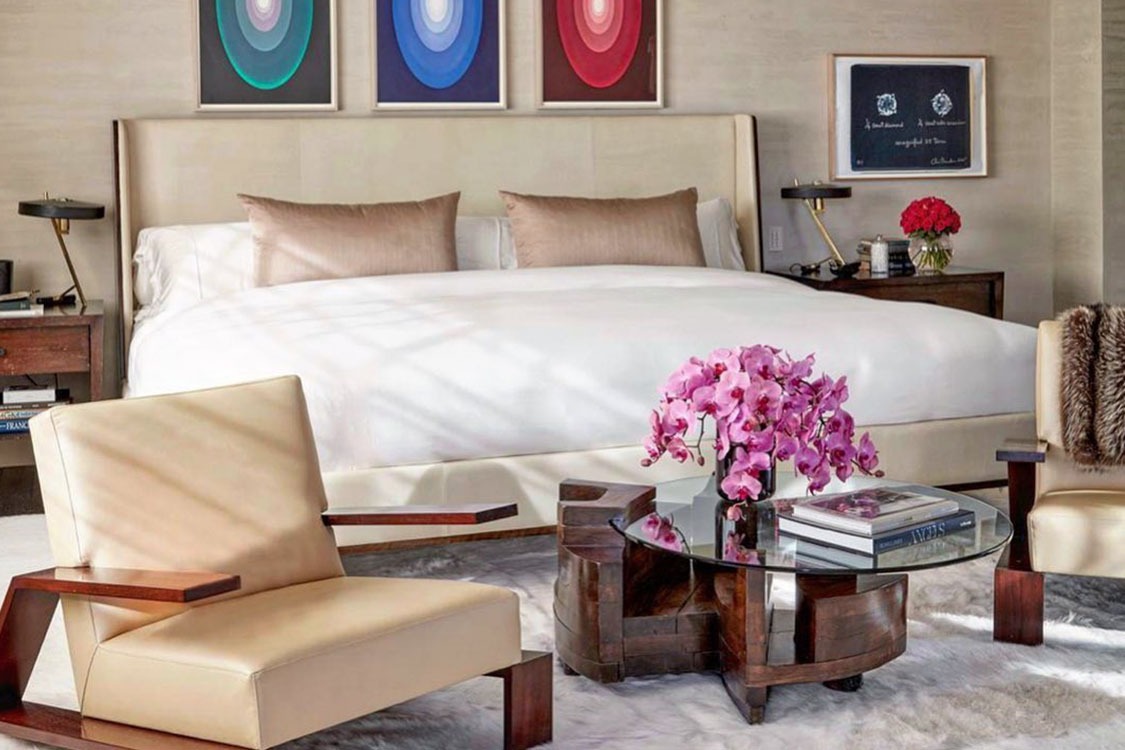 A new guard of design pieces can infuse the most modern of bedrooms with a perfect feminine touch to conjure a series...
Read More 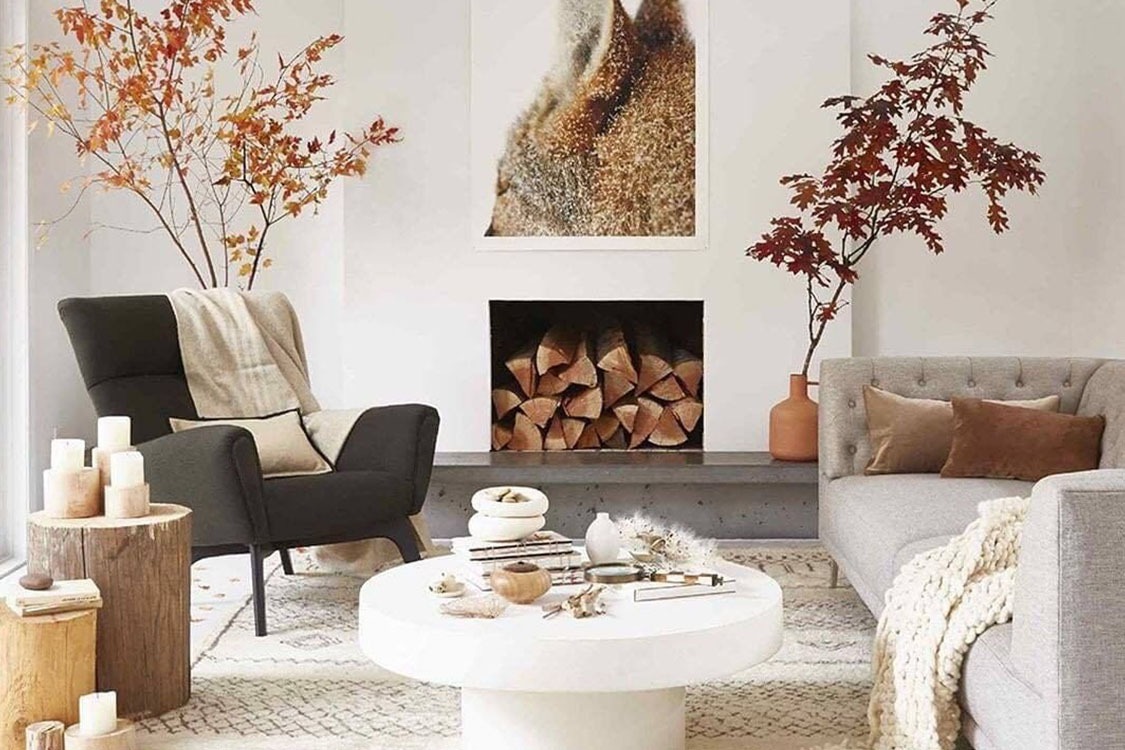 Consider how a pristine fall color palette, that culls inspiration from nature’s autumnal hues, can be freshly...
Read More 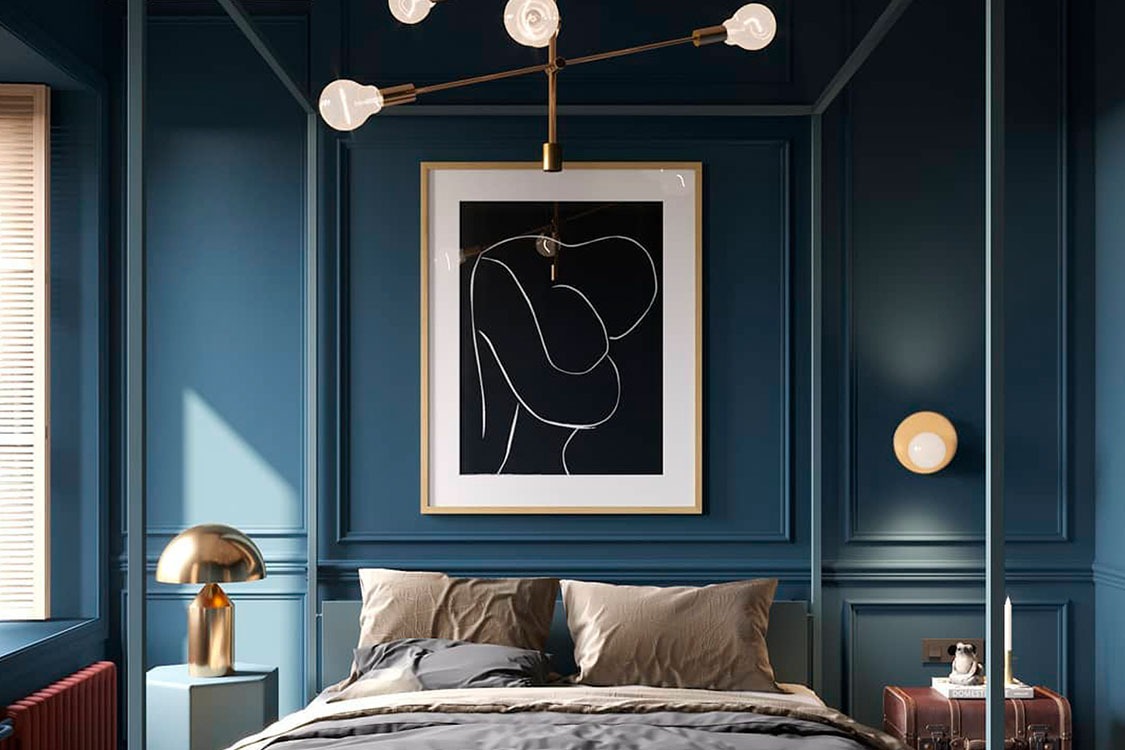 The Chicest Bedroom Light Fixtures Brighten Up Your Space