Take a page out of our book, literally, for a roundup of the best bookshelf decor to elevate any room in your home.

E-books can prevail all they want. Nothing quite replaces the joy of a physical book. A home devoid of books looks empty indeed. While a hard-copy book collection may feed your soul, styling them with bookshelf décor feeds your inner decorator. Nest Casa spells out some of the best bookshelf style ideas to get a read on now.

The Library Is Born

Libraries date back to the 7th century B.C. in fact, credited to Assyrian ruler Ashurbanipal. Located in modern-day Iraq, the idea was riche from the onset, intended for “royal contemplation.” For instance, when discovered in modern times, more than 30,000 cuneiform tablets were found arranged by subject matter. Although it’s not clear if the ancient Assyrian’s favored bookshelf décor

When civilization developed, so too did the library, which derives its name from the Latin word liber, which means “book” — ironic that “liberty” is a similar word. Notably Italian art and architecture photographer Massimo Listri captured some of history’s most impressive libraries for his 2018 book The World’s Most Beautiful Libraries. In this case, Listri found himself fascinated with books rather than any bookshelf décor.

From then on, acquiring a home library was not only a sign of education, it also went hand-in-hand with wealth. To explain, even after the invention of the printing press, books were also costly for the average person. Thus proudly displaying a collection of books, especially in the home, became a predominant symbol of wealth and erudition by the 18th century. Accordingly, bookshelf décor often went hand in hand with a boast-worthy library.

But other times, additional elements are in order for well-executed bookshelf styling. Namely, curios are also apt bookshelf décor, and the right balance of books, objects, open space, and even plants or flowers can result in an alluring shelf styling mix. From novels to coffee table books, different varieties of book styles combine nicely with bookends, along with vases, photos, art, and candles, space permitting. Additionally, a plant or flower to achieve a genuinely eclectic mix, and bookshelves can become any room’s most celebrated centerpiece. If considering this concept, much has changed for avid book lovers wishing to style their shelves at home. To that end, wipe your memory clean of the card-catalog bookshelves of your school library. In other words, you can add pizzazz to bookshelf décor even when styling just the books. For example, the artful mixing of shapes and sizes, colors, and positioning can create interest and visual intrigue. Conversely, sometimes the most exciting way to style a bookshelf is by leaving it devoid of books, especially for the tech-savvy crowd. For instance, sparse built-in shelves dotted with trinkets and art provide for plenty of negative space but can also add a deep sense of drama to your room. Moreover, to accommodate such a decadent display of open bookshelf space, you can be sure to add storage space to your iPad or e-reader to convert all of your favorite tomes to be digitally displayed. Who says you can’t judge a book by its colors? In fact, for this bookshelf decor hack, we recommend you select those books precisely because of the bold color the cover happens to be. For instance, using books arranged by color adds all over drama and pops of color as well. Musk and Amber, a design forward store serving the MENA region, sums up color used on a bookshelf as bright  touches in this otherwise tonal sitting room. With a mid-century vibe, the rich brown wood and white palette in the space incorporate color via books and pillows. 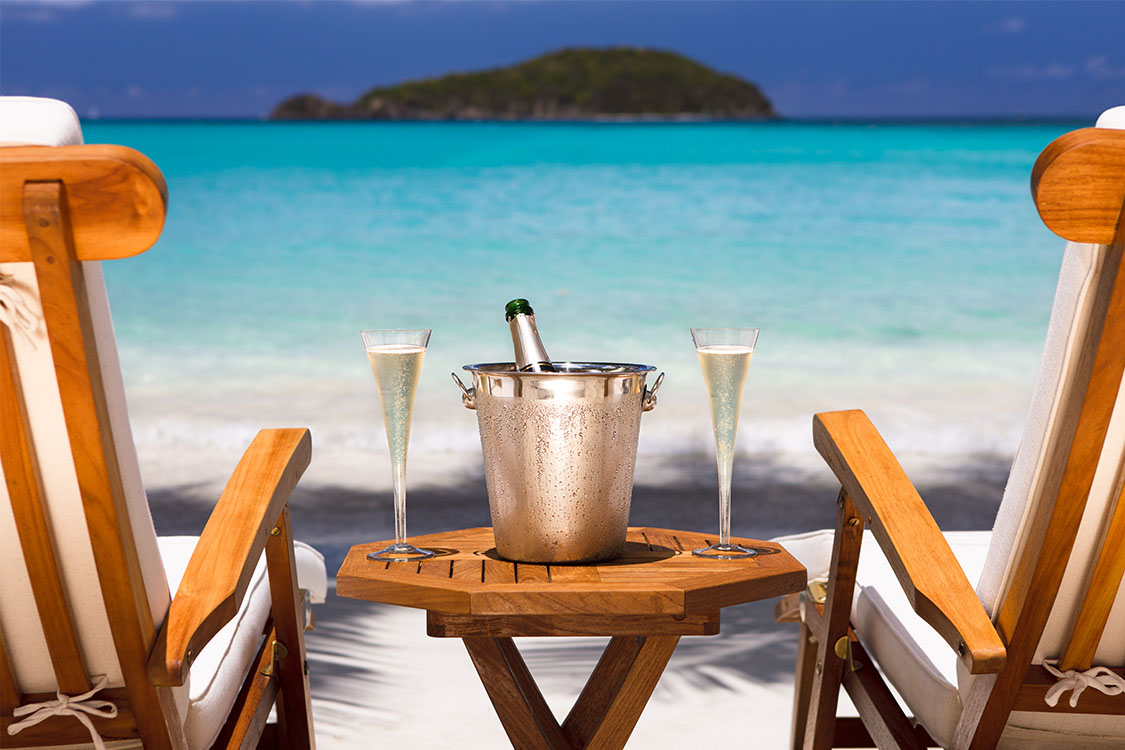 The Best Deluxe Ice Buckets to Chill Out With 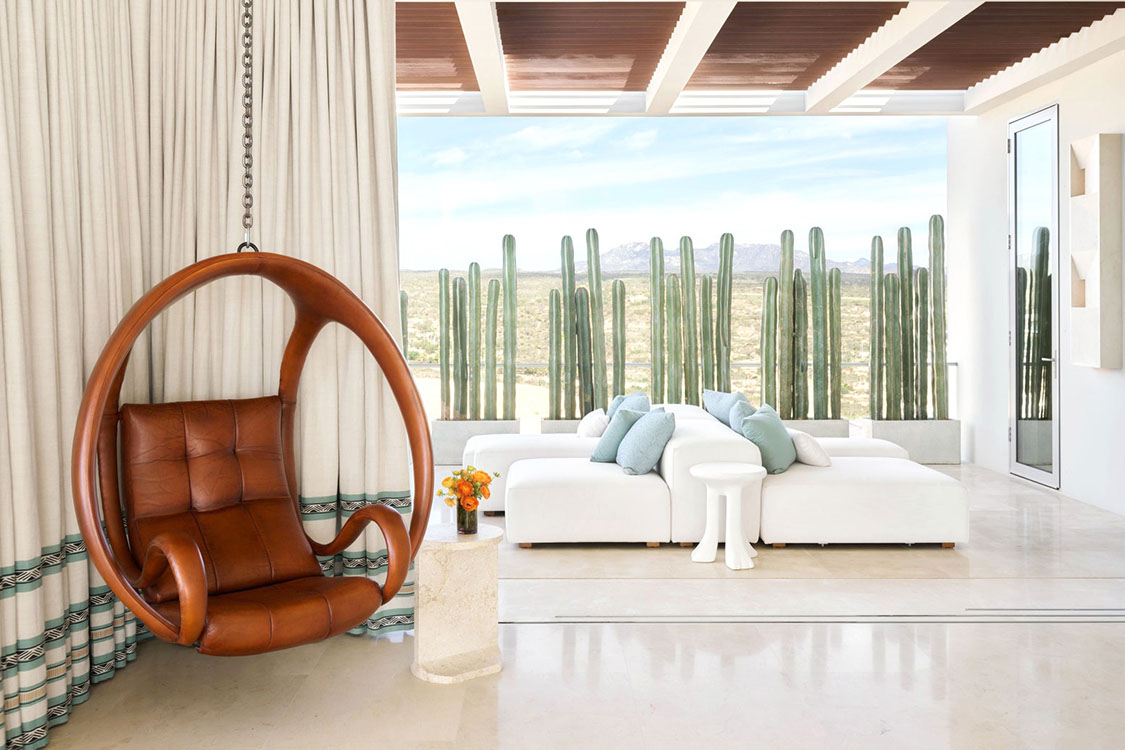 The Best Indoor Swings To Decorate Your Space

From hammocks to benches, decorate your home interior with 2021's top edit of indoor swing seating options for a...
Read More 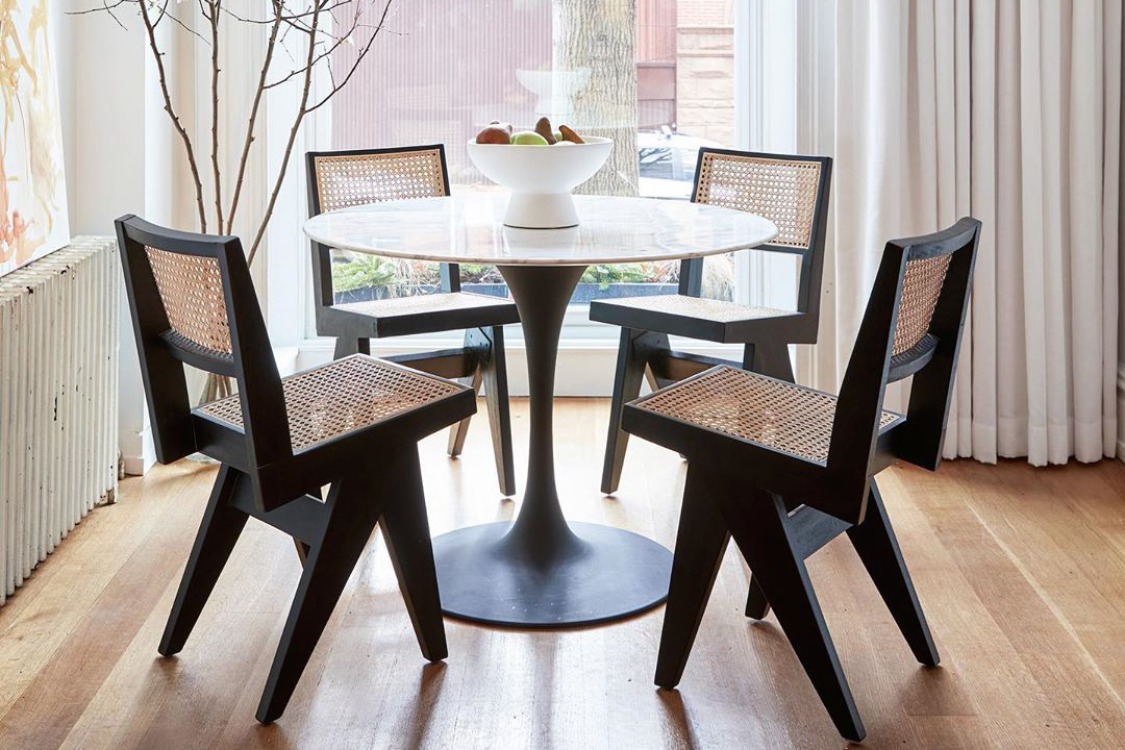 The Best Breakfast Nook Tables & How to Decorate Them

These are the ultimate breakfast nook tables & perfect accompanying pieces to invest in now for any aesthetic you...
Read More
Happy 4th of July! Wishing everyone a wonderful ho

A voluminous floral bouquet like this requires a s

Nothing more relaxing than the seaside breeze of B

Summer is officially here. And we wish we were her

Summer is here, and I wish I was here at Deplar Fa

Bright orange is always a chic choice if you ask u

Kickstart summer with our new arrivals for the sea

A relaxing summer sunset under the Palms at @moori