Want a Timeless Cast-Iron Tub? Here’s What You Need to Know

Why these Victorian-era holdovers are still enchanting.

Few things in life beat the pleasure of a warm, relaxing bath. Despite the popularity of showers, nothing entirely replaces a soothing soak. The actual decision is not whether to unwind in a bathtub but instead what type to use. Today, there are plenty of options, but a good old-fashioned cast-iron clawfoot bathtub is still the perfect place to bathe. While considered a rare sight these days in homes, these classic pieces still have the power to inspire.

The History of Cast-Iron Tubs

Prior to the 1880s, bathtubs were a much different affair. They date back to ancient Rome and Greece and were made from marble or hardened pottery. They evolved to wooden cask styles that were either lined in tin or in a large linen sheet. It’s believed that the clawfoot tub originated in the Netherlands in the 18th century. The Chinese motif design of the feet was inspired by a dragon holding a ball. They tended to be made from cast-iron or tin, but were shoddily painted and, thus, the finish peeled over time.

Thanks to an invention largely attributed to David Buick, the Scottish-born inventor from Detroit, this issue changed drastically. Buick, who later become famous for the General Motors car style named after him, had acquired the Alexander Manufacturing Company, which made porcelain toilet bowls and wooden tanks.

Industrious as ever, Buick began working at Alexander Manufacturing in 1869 at the age of 15. He was an inventor at heart; by the time Buick was 35, he had invented several items such as valves, lawn sprinklers, and the porcelain cast-iron tub.

For the latter, Buick developed a process for bonding porcelain enamel to cast-iron that applied to everything from tubs to toilets and sinks. It caught on like wildfire. Despite his success and growing plumbing fortune, Buick eventually turned his interest towards automobiles.

American Standard, the historic bath and kitchen company that was founded by John B. Pierce in 1880, also claims ownership of a similar enamel process.

The difference between enamel and porcelain enamel is that enamel is magnetic—it covers steel or iron only. Porcelain enamel can cover a variety of materials. It’s not clear how American Standard’s process differed, but only that they became the dominant producer.

Other market competitors Kohler and J.L. Mott Iron Works also began marketing tubs with these new methods, which have remained unchanged since their inception. A humorous bit of advertising lore said that Kohler advertised their tubs as a horse trough or hog scalder that, with four legs, can be used a bathtub. This was apparently a solid and significant selling point at the time.

From the 18th century on, clawfoot bathtub designs spread through Europe. Initially reserved for the aristocracy, who were beginning to find bathing fashionable, these expensive pieces were found in upper-class homes. Buick and the others pioneered the techniques that allowed families of more modest incomes to afford them.

This innovation led to overall improvements in sanitary habits, improving health by and large. Manufacturing advances also led to modern bathroom development. Before this, bathtubs tended to be in kitchens next to hearths where bathwater could be quickly heated or, even, in bedrooms.

Generally, cast-iron clawfoot tubs have a rolled top edge or rim. Some clawfoot tubs are called slipper tubs, and have a raised and sloped back to enhance a lounging position.

Some clawfoot tubs morphed into a skirted apron bathtub style that replaced the four feet with a singular inverted oval base. Today, clawfoot tubs are sometimes referred to as garden tubs or soaking tubs due to their depth.

Incorporating a Cast-Iron Tub into a Modern Home

As tubs tend to be associated with antique homes, they have a reputation for only being appropriate for Victorian or country-style houses. In reality, these luxurious additions can complement a modern home.

Newer reproductions of these tubs have been streamlined without heavy ornamentation, projecting a more updated aesthetic. Similarly, exterior base coatings can upgrade the look.

Metallics like gold, rose gold, and platinum on the outside give the tubs a contemporary flair. Perhaps the best manner for incorporating a cast-iron clawfoot tub into a modern home is by treating it as an objet d’art in the bathroom—especially for an en-suite bathroom, where it can be the focal point.

What to Know About Buying a Cast-Iron Tub

One distinction of a cast-iron clawfoot tub is that they are deeper than standard built-in tubs, allowing complete immersion into the water (which means that they require more of it). Water usage is something to consider if utility bills or water conservation are important.

As they are heavy, they may require reinforced joists underneath them, which adds to installation costs. Today, there are modern reproductions of the originals in acrylic, fiberglass, and other newer materials that weigh considerably less.

Though you’ll most likely pay a much higher price for a cast-iron tub, it pays for itself over time because of its durability. The finish is resistant to chips, scratches, dents, and stains.

Additionally, you may want to consider whether or not your bathroom space allows for a separate shower. Otherwise, you are relegated to showers behind a circular curtain, which doesn’t always appeal to those more accustomed to glass-wall, standing showers.

Where to Source a Cast-Iron Tub

Fortunately, there are several places to find cast-iron tubs today. Salvage dealers carry them if you are looking for a fixer-upper. These are easy to restore by experts who repaint and reglaze them.

Several companies continue to make reproductions and updated versions of the tub, including Castironbath.co.uk, Randolph Morris at VintageTub.com, and Waterworks. Similarly, one can source an antique from 1stdibs.com. 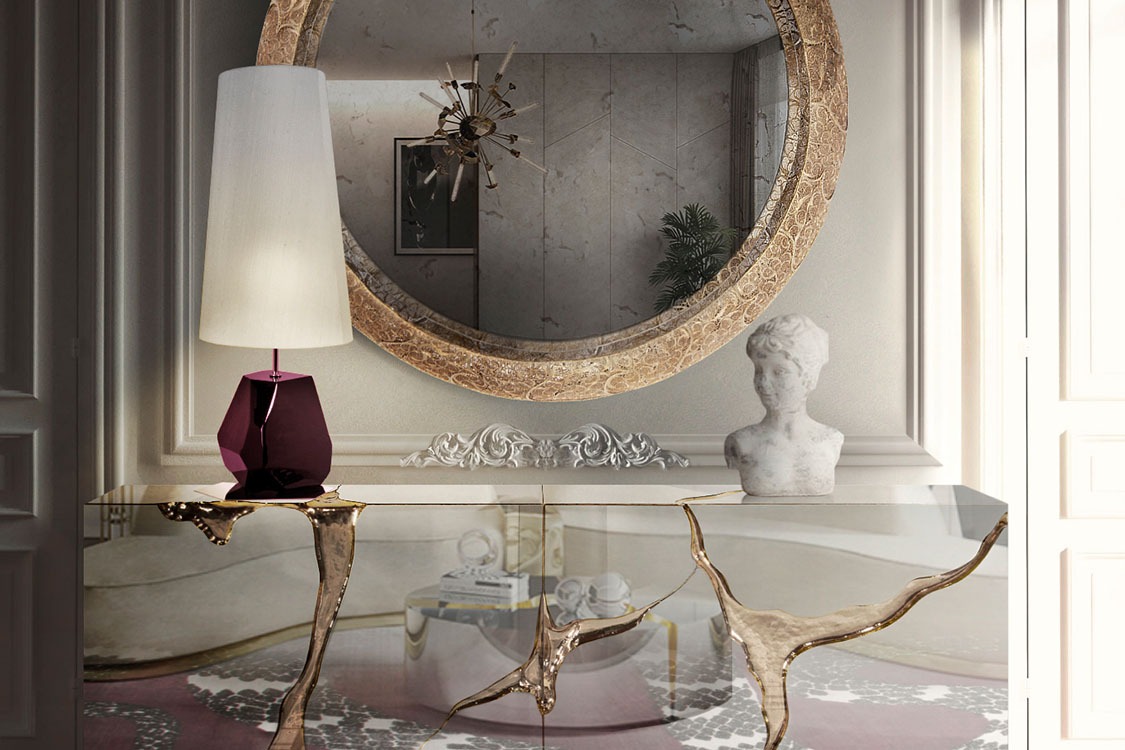 There is light at the end of this tunnel.
Read More 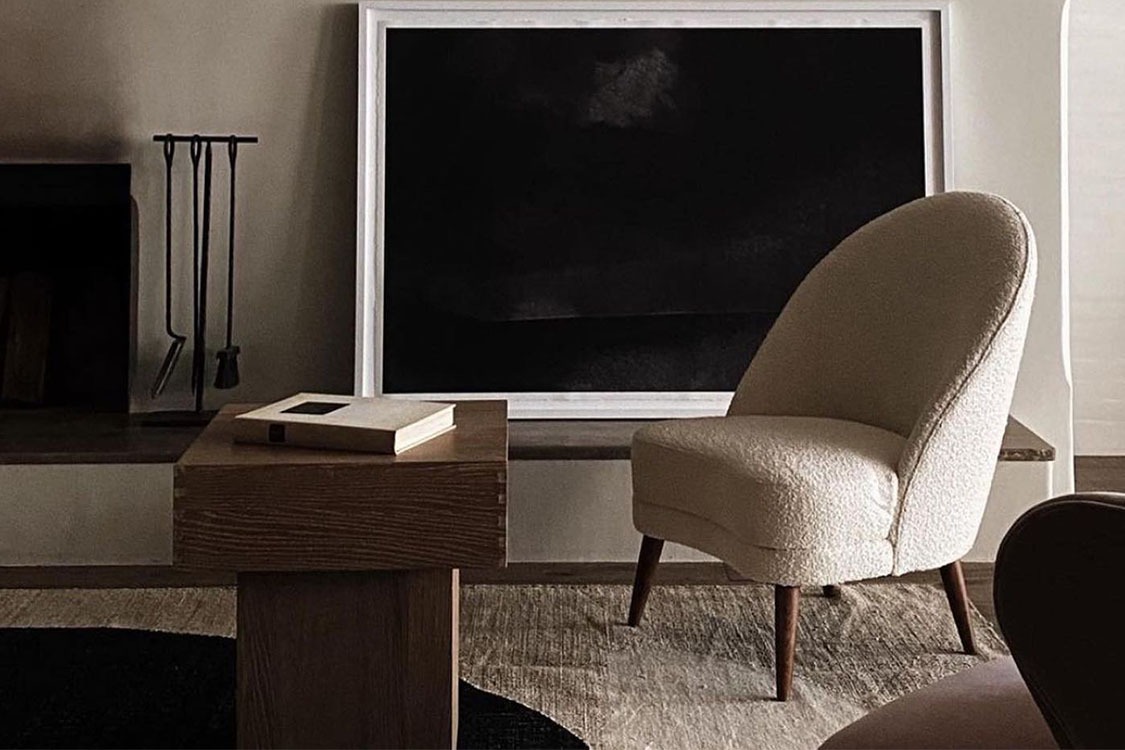 Solving the mystery - what is a slipper chair?

These handy seats with a storied past are sliding back into modern homes.
Read More 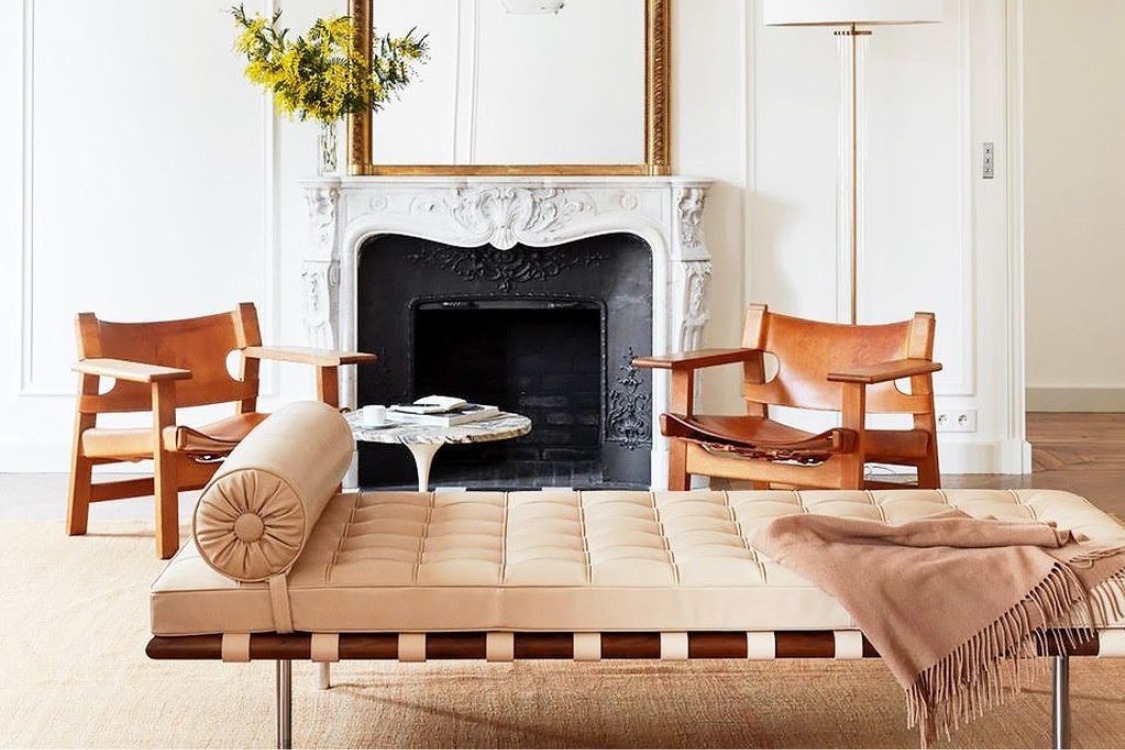 More than just a dining room or family room, the newest trend in home design is a room that dates back to the 18th...
Read More
Something is wrong.
Instagram token error.
Follow