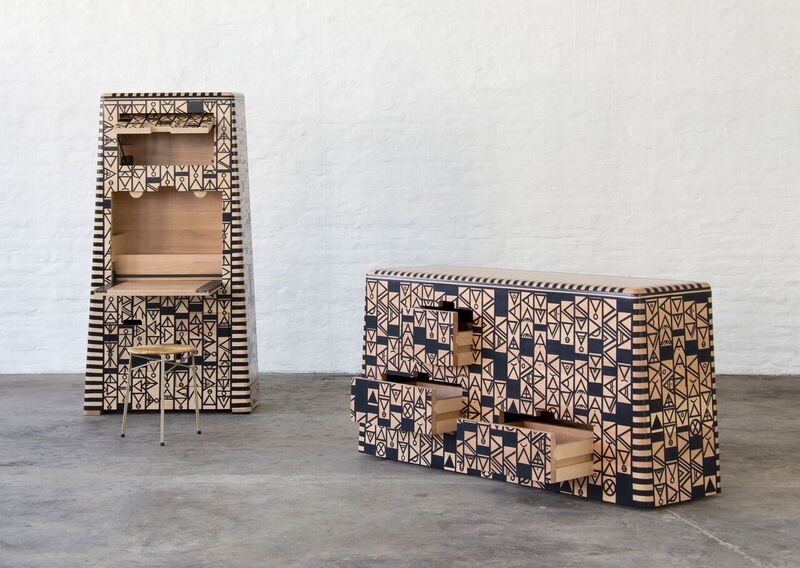 This December, Art Basel will once again feature the Gagosian and Peter Freeman galleries as well as artist Chris Ofili, among other elite participants. Gaining acceptance to Art Basel is a formidable challenge, and taking part sends the message that one has joined the blue-chip firmament of the art world. Art Basel Miami Beach is also known for its chic soirees, providing a high-profile setting in which to connect with fellow collectors and tastemakers. The event runs from December 3-6 this year at the Miami Beach Convention Center, with just over 260 galleries from North America, Latin America, Europe, Africa, and Asia granted a space in its hallowed halls.

As usual, Design Miami will take place during the same week as Art Basel Miami Beach, with its signature focus on collectible design drawing interior designers and collectors from around the world. The works on view here are mainly modern and contemporary furniture, lighting, and objets d’art, with a select sprinkling of exceptional 18th- and 19th-century items. This year’s fair will showcase works from galleries in New York, Chicago, London, Paris, Milan, Seoul, Beijing, Florence, Brussels, and South Africa, offering a truly global perspective. Here are a few of the galleries to look out for:

The 1950 Gallery of New York will feature furniture, lighting, and design from American and European designers including Clément Borderie, Serge Mouille, Pierre Jeanneret, and others. As is the case with many creators of interior design goods, most European designers started out as artists—or, in the case of Jeanneret, as an architect.

Brazil’s Firma Casa will feature the furniture of Humberto and Fernando Campana. In a 2004 interview, the brothers described their work as “very organic, very intensive, and…very emotional…to bring dreams to people…to bring some joys and ironies to people.”

Galerie VIVID from Rotterdam in the Netherlands will feature early 20th-century furniture designer and architect Gerrit Rietveld as well as other famous Dutch designers. Rietveld, considered one of the most important architects and designers of the 20th century, designed the Red and Blue Chair, considered an icon of the De Stijl movement. His Zig-Zag chairs will also be presented at this edition of Design Miami.

Galerie kreo of London and Paris will present designer lighting at Design Miami. According to the Design Miami website, Galerie kreo will also feature “a brand new piece by world-famous designer Alessandro Mendini titled ‘Umbria.’ This extraordinary piece follows on from the great designer’s investigation into mosaic as a material for making furniture. The geometrical pattern and color are inspired by Umbria, the region in central Italy known for its rich history and diverse landscape.”

Southern Guild, founded by South Africans Trevyn and Julian McGowan, will present limited- edition Kassena cabinets inscribed with the Isibheqe Sohlamvu script of native South African peoples. The McGowans state on their website that the guild seeks to “offer something grounded in social and political realities, narrative, a true bond with nature and a sense of human connectedness. We have far less interest in trends or in the highly polished, technologically driven visions of design prevalent elsewhere.”

Numerous satellite fairs and exhibits will be hosted during Art Basel, whose staging always coincides with Miami Art Week. Among them is an exhibit by Brazilian wardrobe, kitchen, and bathroom designers Ornare Tastemakers, which have become a Miami Art Week fixture. Ornare Tastemakers will host a one-day event on December 3 showcasing the best in interior designers and architects.

Another concurrent exhibition featuring furniture designs, Untitled will host approximately 120 galleries and artists including some from Central America. It will reportedly also present a special series of chairs designed by visual artist Lawrence Weiner.

A newcomer to Miami Art Week, Superfine! House of Art & Design promises to bring together independent designers, visual artists, collectors, and design influencers to create a dynamic, immersive art and design experience. Interior designers are sure to find it worthwhile to spend some time at this event, which is billed as a truly interactive experience.

Finally, Elle Décor Modern Life Concept House, which runs from December 2-4, will feature luxury kitchens and bathrooms, designer furniture, and sophisticated consumer electronics. For those who consider time spent immersed in art and design heaven-on-earth and who may be looking for inspiration for their own home decoration projects, this event is a must.