Is a Chabudai Table Right for Your Space?

Get the “low down” on this Japanese table.

Western culture has long searched to discover and adopt Eastern culture philosophies. Nowhere is this more evident than in interiors. Japanese designers Kenya Hara and Naoto Fukasawa are in part responsible for today’s interest in these movements. The guiding principles of Japanese home design are Kanso (or, the art of simplicity); Fukinsei (or, asymmetry in design); Shizen (or, a natural versus artificial belief); Wabi-Sabi (or, the beauty of imperfections); and Seijaku (or, bringing stillness inside). These are at play in modern spaces today, consciously or unconsciously. The chabudai table engages many design practices rooted in ancient and trusted beliefs to create a zen-like feeling in any room.

The chabudai is a traditional table used in Japan that requires floor seating, such as a tatami mat or zabuton cushion. The short-legged table ranges in height from 15 to 30 centimeters. Typically, it was made of wood and round in shape, though oval and square shapes also exist. The four legs on a chabudai table collapse, making it easy to store and flexible in its use.

Generally, these Japanese floor tables are used for dining and tea serving or for studying.  They are also used  as workbenches for sewing. The act of sitting on the floor invokes a physical stillness and connection with the earth. (It’s also an opportunity to discover fabulous floor-seating options to pair with these tables!)

The chabudai employs two Japanese design theories. First, it engages Kanso, the less-is-more and decluttering space philosophy. This table can be removed when not in use, which further demonstrates this. It also follows Seijaku, which embraces the tranquility, stillness, and solitude that sitting close to the ground can achieve.

The History of the Chabudai

Chabudai were first popular during the liberal Taisho democracy that coincided with the reign of Emperor Taisho from 1912 to 1926. Its use was common among the elite bourgeois and feudal classes up until the 1970s. As Japanese house rooms were not permanently fixed and frequently used for different purposes at different times of the day, a collapsible table was a practical design solution.

Due to its many uses within the house, it was the center of family life and represented a healthy and happy home. Its name derives from a word for a dining table in China—which is chabu. In the Meiji and Edo eras that preceded the Taisho period, hakozen or meimeizen were used for dining. These were individual, box-shaped tables (think T.V. trays) that were more standard at the time. Thus, the chabudai helped develop the concept of a shared meal as a family- and community-building activity.

Interestingly the chabudai gave way to a popular expression relating to an uncontainable, angry outburst. Chabudai-gaeshi directly translates to “flip a chabudai over,” which is a common expression of anger—and a feat that is probably easy to do with these low-to-the-ground tables.

The chabudai is not the only low table used in traditional Japanese housing. Dating back to the 14th century is the kotatsu, which is used during the winter months. This table consists of a frame covered by a heavy blanket or futon with a flat surface on top and a heater underneath. In its earliest incarnation, a charcoal cooking unit was placed underneath the table. By the 17th century, the central heating source was created by digging a hole into the floor for the charcoal embers to burn in.

These days, the heating source is generally electric. These tables function as a heat supplement to drafty, poorly insulated, and expensive-to-heat Japanese homes. At first glance to the Western eye, a blanket placed over a heating source may not sound like a safe concept, but the tables pose no safety risk.

How to Use a Chabudai in Your Home

These days, when more time is spent at home, having a flexible option to gather for a meal or family activity makes a chabudai all the more appealing. As their height is often the same as a coffee table, you could feasibly use an existing table in your living room (depending on its shape).

As they are easily stored, here are some ways to incorporate a new one into your home décor and lifestyle. First, a living room can quickly become a Japanese dining room with a chabudai placed in the center and surrounded by ample cushions. Bedrooms for kids and teenagers can also be good places to use a Japanese sitting table to promote interactive socializing with board games or art projects. But don’t limit these tables to indoor use only. Because of their portability, they also make great outdoor dining tables. Forgo that blanket and bump picnicking up a notch with this cool Japanese invention.

How to Style a Chabudai: 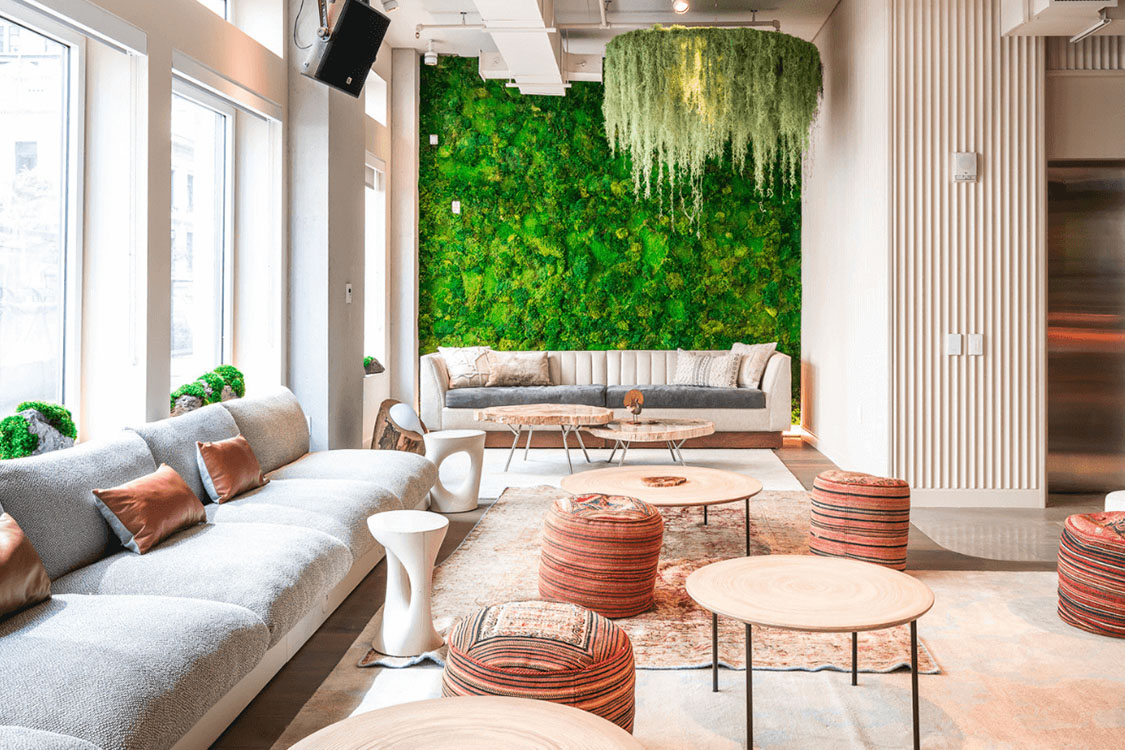 What is a Moss Wall?

Moss may not grow on a rolling stone, but walls are another story.
Read More 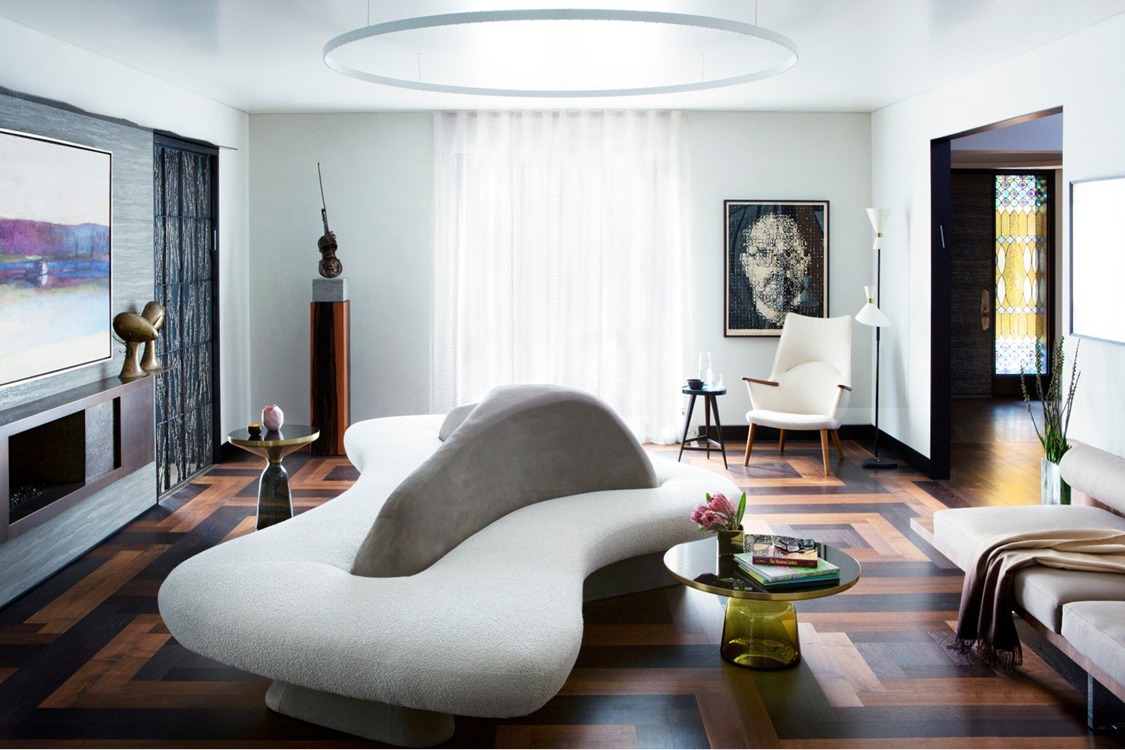 The Best Sectional Sofas To Invest In Now

From traditional to modern statement pieces, these are the 10 best sectional sofas to invest in now to elevate your...
Read More 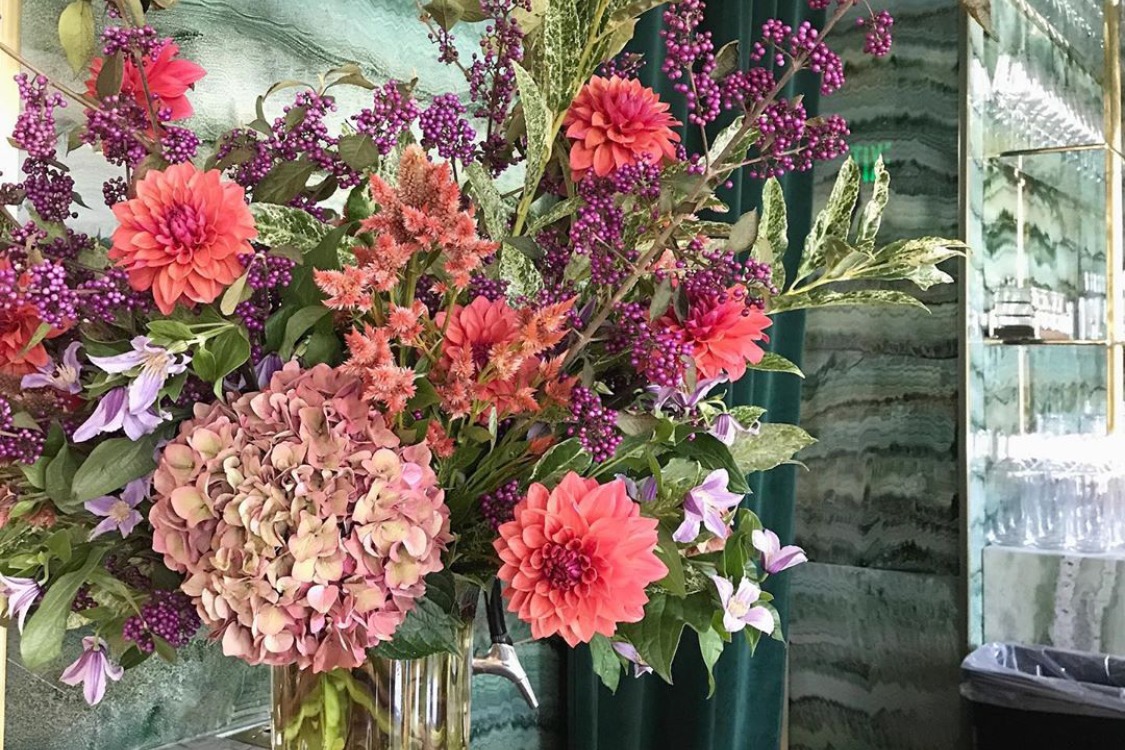 Aesthetic Flowers & The Art of Composing the Perfect Floral Arrangement

Maison & Objet and Paris Déco Off made a triumpha

A stylish invitation to lay back and recline by @a