How To Style The Perfect En Suite Bathroom

Your bathroom within your bedroom may be life’s most simple design pleasure.

One of the privileges associated with the Master bedroom is the perfect en suite bathroom that generally accompanies it. The concept became popular in the modern post-war American home so that by the late 1960s, even a modest suburban home had an en suite bathroom.

But Georgian and Victorian periods also promoted the concept as it was common to have a tub; or, at the very least, a washbasin in the middle of a bedroom. Today an en suite bathroom in each bedroom has become a big selling point for some American homes – much to the chagrin of typical European homes that often have a separate toilet room and yet another separate bathroom, which would feature a sink, tub or shower sans toilet.

A native New Yorker with family connections to North Carolina, Catherine Brophy is an interior designer with a panache for Sister Parrish and Dorothy Draper, whose work has been featured in the New York Times, House Beautiful, and the beloved Domino magazine. Most of her projects have been in the century or more old brownstones and row houses of her beloved Brooklyn, where en suite bathrooms were not par for the course. But that’s nothing that some strategic plumbing and well thought-out design principals can’t solve.

“The word that pops up most for me is harmony,” said Brophy in response to en suite bathroom design’s most significant consideration, adding, “keeping a consistent feeling between the bathroom and bedroom so that they speak to each other is key.” Brophy’s philosophy is that ‘a home is a stage where one lives out their life, maintaining that life is more comfortable and relaxed when it functions well with fewer obstacles.

The designer suggests several tricks to facilitate flow and ease between the bedroom and bathroom. A consistent color story is critical to aid the flow, whether from paint color, rugs, towels, or accessories. But lighting is also crucial, especially when you have a glass wall, for practical reasons. “I use dimmers on lights in both rooms, which a lot of people don’t think of for a bathroom,” she said, “if you get up in the middle of the night to use the bathroom, you don’t wake anyone else in the room with a bright light.” Being able to modulate the lights at different times of the day and for various needs creates a harmonious flow between the two rooms.

She also thinks about the transition from one space to the next, especially when it comes to flooring. “I think about the transition from one to the other in terms of your feet, how does it feel?” She avoids having to step over a threshold of any kind and perfects the two surfaces, often wood and tile, so it seamlessly flows from one to the next. These reasons can be practical as well as not to slip out of a tub or shower. “If the design is not practical, it’s not successful.”

Continuity can also come in the form of components such as built-in cabinets and hardware finishes. “In a modern setting, if we were creating built-ins such as light oak dresser drawers, that wood might become a vanity in the bathroom. Or a polished nickel drapery rod or lamp becomes hardware or accessories in the bathroom,” she noted.

But, as important as continuity Brophy says there are times when a juxtaposition between the rooms is in order, such as in a commercial setting. Think of a fun, modern, funky hotel where the bathroom creates an altogether different mood than the main room. “These can be fantastic, but to me personally, it’s about an experience for a vacation rather than day-to-day living.”

Sometimes a client will request the rooms to be different; it usually has been when the client’s tween is coming up with the inspiration. “Younger clients are more interested in a diverse point of view though their parents may want more classic stylings,” she explains. Satisfying both is possible with wallpaper, paint, or new towels rather than the fixed items that can quickly get stale when conjured in a more adventurous style. For one tween’s vision of an all-blue color palette, she applied a Jamaican Blue Suzani fabric in different ways throughout the space to achieve a sense of unity and interest within the space, at the same time.

Whether you go for an open-air or a full glass wall, en suite bathrooms or a more traditional compartmentalized bathroom, there is one piece of advice the designer lives by: “I like to think of spaces as theater. You have the star, some co-stars, supporting players who are there in support of the main star even though [they have their own] personalities. Then we have extras that come in and out.” In the bathroom’s  case, items like hooks or a toothbrush holder can be extras that make all the difference. 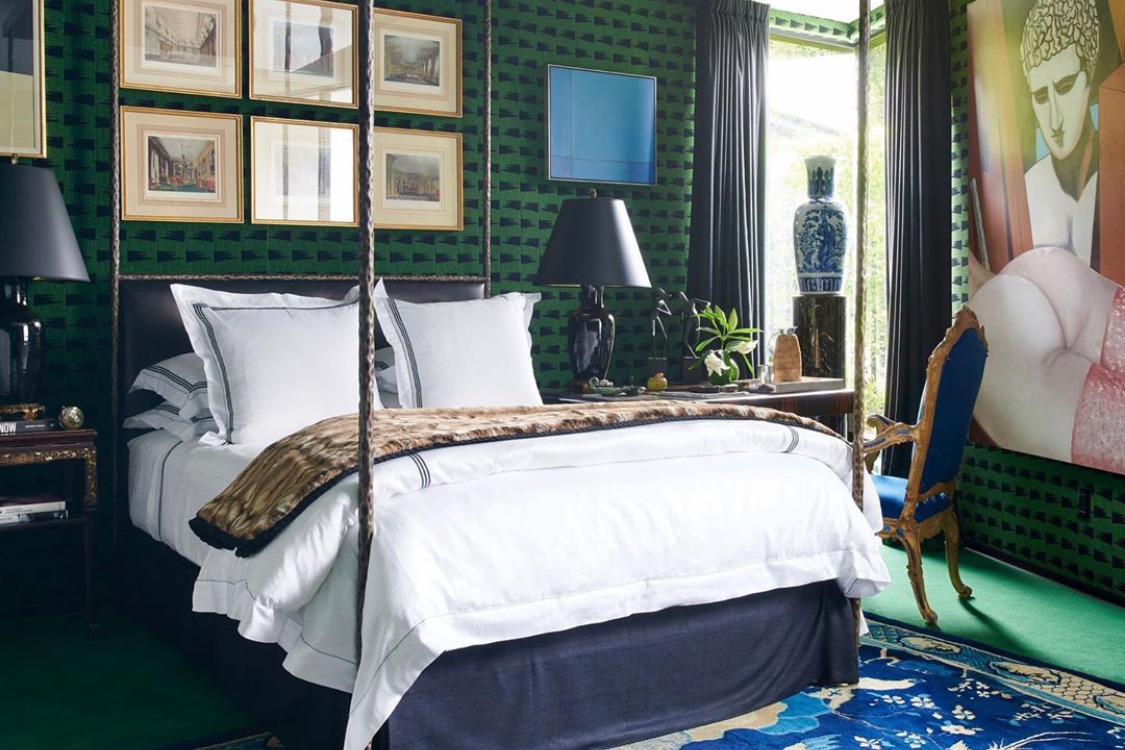 Timeless four poster beds are staples that are sure to stand the test of time and become permanent staples in an...
Read More 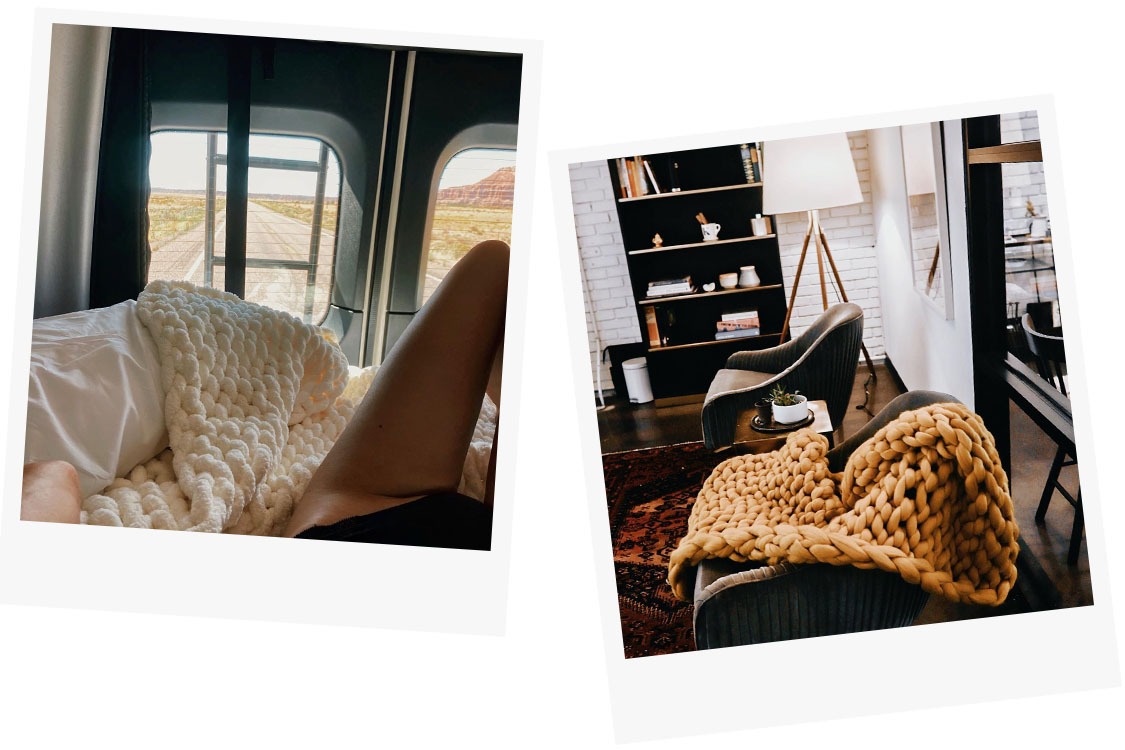 The Best Chunky Knit Blankets To Invest In Now

Sweater weather has arrived and it’s spot on for you and your home.
Read More 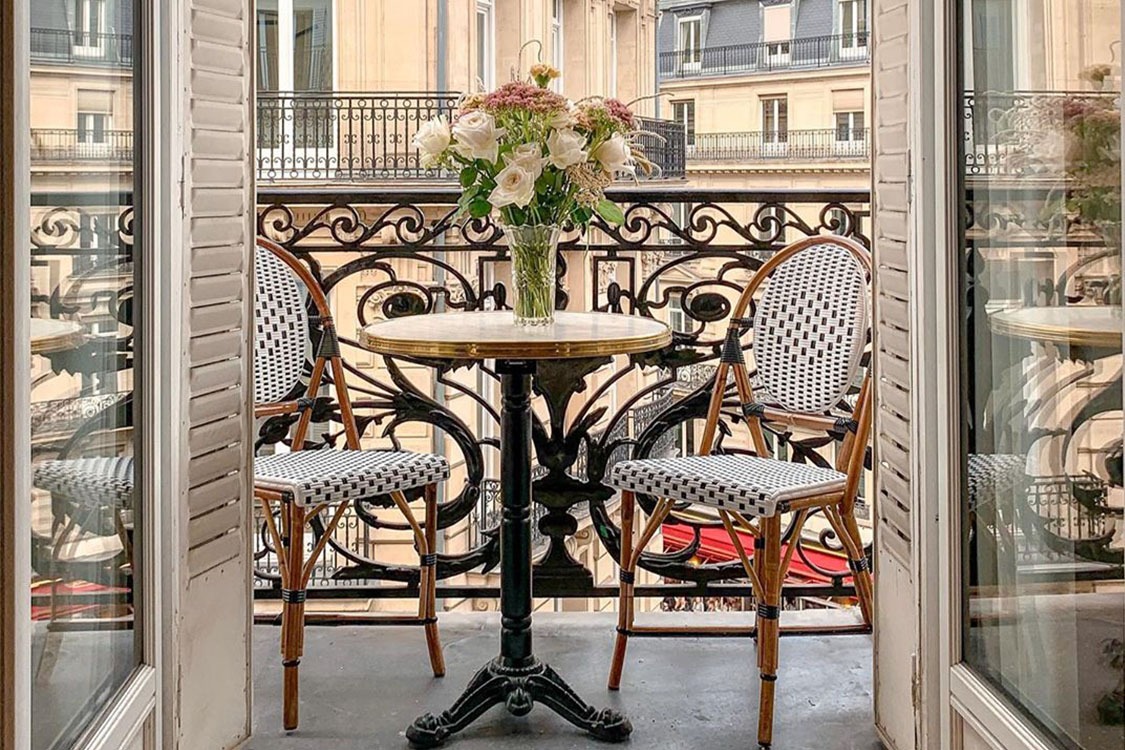 The Best Balcony Furniture to Decorate Your Outdoor Space

Wherever your balcony resides, it’s always possible to give it a Parisian touch.
Read More